South Carolina has open primaries, meaning that anyone can vote in a political party’s primaries, even if they’re not a member of that party.  This results in so-called “cross-over” voters, or voters who normally vote for one party, but then “cross over” and vote in the primary of the other party.

If you’ve never heard about this, you may be wondering why anyone would do that, and how much of an impact open primaries has.  The reason this happens is that many individuals want to influence the other party to move in their desired direction (typically not in the direction that the party itself wants to move) and so they will vote in the primaries in an attempt to select candidates for the other party that lean in their preferred direction.

You may have heard the term RINO (Republican In Name Only) before, and if you’ve been wondering why some Republicans don’t adhere to the Republican platform, open primaries are one of the reasons.

In light of this, the Greenville County Republican Party has created a platform pledge and we have asked all candidates to sign this pledge to commit to the Republican platform and our ideals.  We’ve noted for you below which candidates have signed it, and which ones haven’t.

The GCRP also held a straw poll at the business meeting on June 6th, 2022, and we’ve included the poll results here.

How do I find out which elections I’m voting in?

SCVotes.gov has a form you can use to find out which precinct you’re in, and also to create a sample ballot for all the candidates running for the positions you can vote for.  Click the button below to go directly to that search form.

Get Your Sample Ballot

Where do I go to vote?

If you know what Precinct you’re in, you can find your polling location on this list.

Below you’ll see all the candidates running in the June 14th, 2022 Republican Primary, their results from the June 6th, 2022 GCRP Straw Poll, and whether they’ve signed the GCRP Platform Pledge.  You can also download this straw poll as a PDF.

US House of Representatives - District 4

Us House of Representatives - District 4

US House of Representatives - District 4

Us House of Representatives - District 4 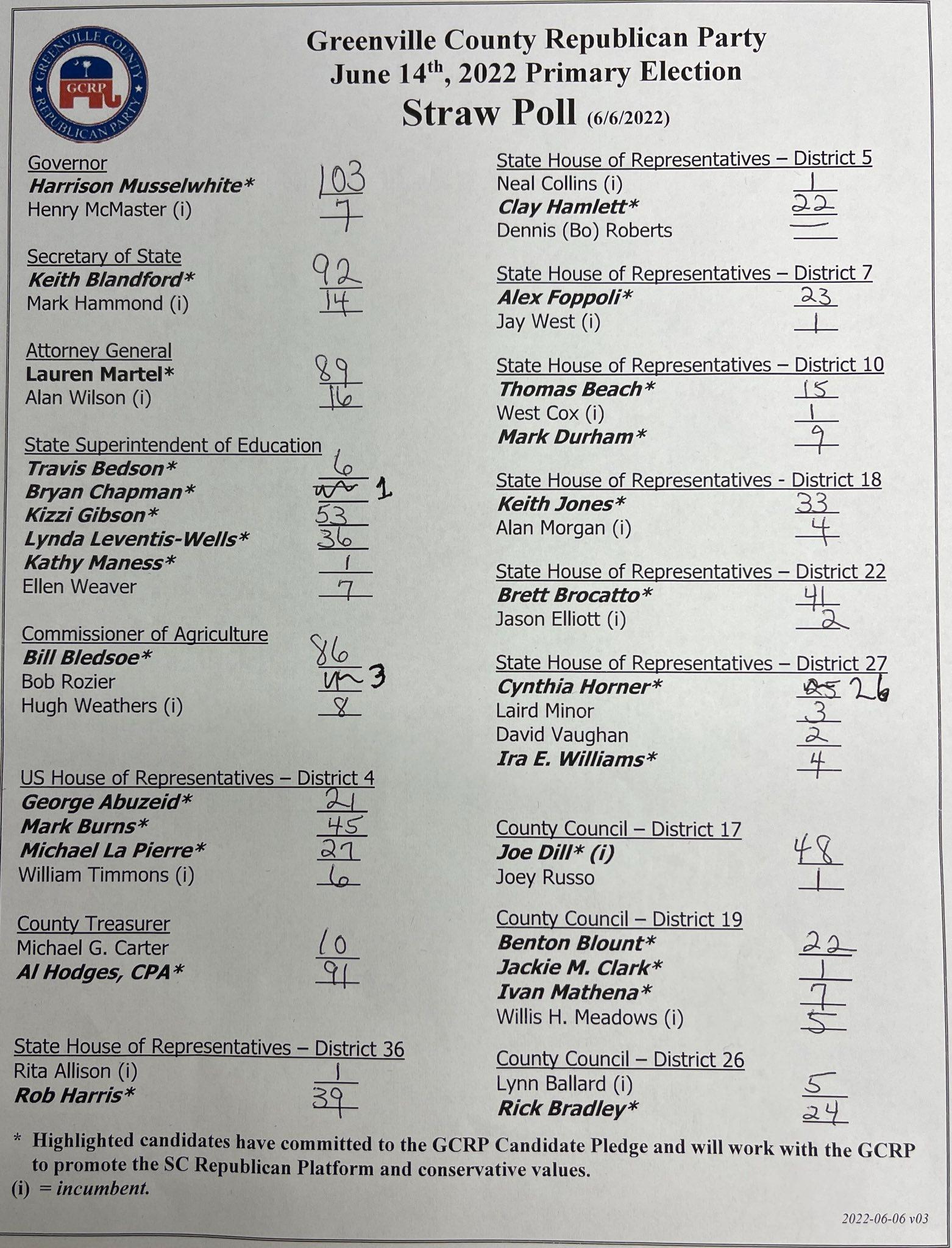