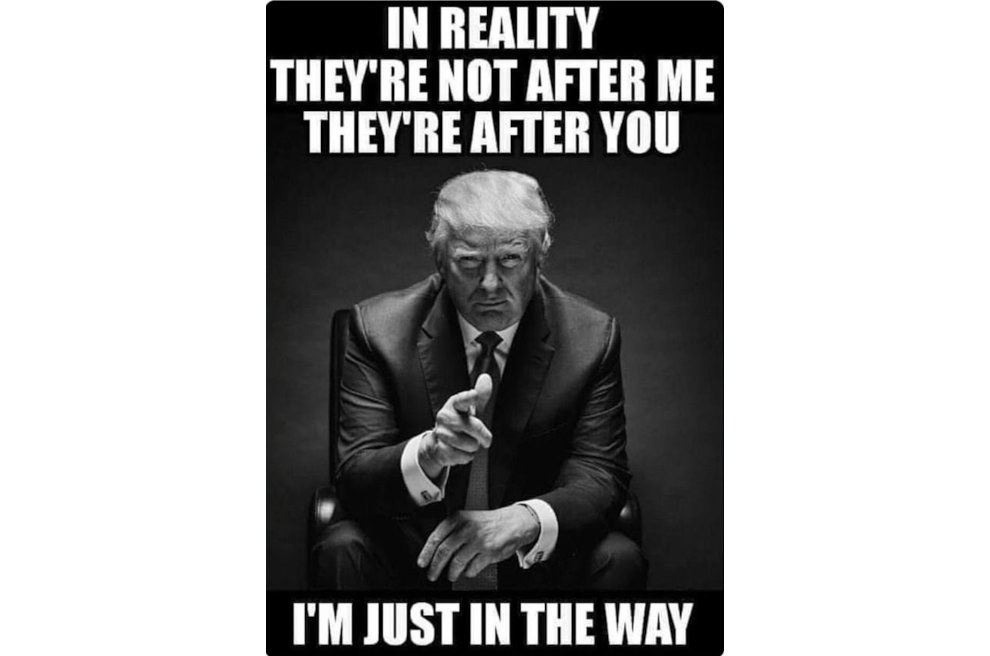 The brazen corruption of the FBI and DOJ can no longer be ignored.

On August 8th, 2022, the FBI unlawfully and unprecedentedly raided Donald Trump’s Mar A Lago home on the claims that he was in possession of classified documents.  Early reports suggest that this raid may have been authorized by Judge Bruce Reinhart, who represented employees of Jeffery Epstein (the convicted pedophile sex trafficking billionaire whose client list remains sealed with no arrests conducted by the FBI or DOJ) starting in 2008, just one day after he departed the U.S. Attorney’s Office where he served as an assistant U.S. attorney closely involved on the convicted pedophile’s case.

August 8th was also the deadline that FBI was ordered to turn over a significant quantity of documents related to the Hunter Biden laptop to Senator Grassley, after Senator Grassley was made aware of gross misconduct on the part of the FBI.

Watch Jesse Watters’ coverage of this for more background:

Judicial Watch, a non-profit government watchdog organization that’s been operating since 1994, published Freedom of Information Act evidence on August 1, 2022 that the FBI and DOJ colluded to label Hunter Biden’s laptop as “Russian disinformation”, which has now been shown not only to be true, but also indicates that Joe Biden was “the big guy” being referred to in Hunter Biden’s communications.  Here’s their video below covering this revelation.

This comes on the heels of an Amnesty International investigation where they “documented a pattern of Ukrainian forces putting civilians at risk and violating the laws of war when they operate in populated areas,” said Agnès Callamard, Amnesty International’s Secretary General.  This corroborates claims made by the Russian Ministry of Defense that Ukraine is committing war crimes against its own people and against Russians.

While it may not seem immediately obvious what Ukraine has to do with the raid on Donald Trump, it becomes relevant when considering the evidence from Hunter Biden’s laptop indicating that Hunter Biden was involved in funding biological laboratories in Ukraine that researched “killer diseases” and “bioweapons”.

The Russians claim that Barack Obama, Hilary Clinton, Joe Biden, and George Soros are the four masterminds who are at the top of the scheme to create ethnic-specific bioweapons against the Russians and Chinese, orchestrated through US Federal Government organizations and nearly every American pharmaceutical company.  They further expanded on the evidence they had compiled in June with additional allegations of crimes against humanity like experimenting on mentally ill people, and just this month they claim to have evidence that the US is responsible for the creation of COVID 19, and is fueling its continuation by deploying different variants in different regions.

This may sound a bit far fetched, however Judicial Watch has also uncovered evidence via Freedom of Information Act lawsuits that show that the US government was experimenting with viruses, on American soil, at times illegally, and with a variety of questionable lab conditions.

The Russians also point to US House Representative Jason Crow who just warned in July that “There are now weapons under development, and developed, that are designed to target specific people”, with regards to DNA testing services such as 23andMe.

What if the Russians are right?  These are very, very serious accusations and if true, must be investigated and the guilty parties must be brought to justice under the law.  And if these accusations are true, could the accused be getting so desperate to hide their criminality that they’re willing to order the FBI to raid Trump’s home?

What is clear is that the FBI and DOJ aren’t concerned at all with the mountain of evidence of criminal activity on the part of Hunter Biden and the criminal connections to Joe Biden, and the federal government will not stop pushing its radical agenda, regardless of the will of We The People saying NO.

And if what the Russians say is true, then it paints a bleak picture where a criminal cabal in the government can target dissidents with bioweapons and covertly eliminate them.  That’s totalitarianism on a whole new level from anything we’ve ever seen before in history.

If we don’t stand up for justice and law and order in this country after Donald Trump, the man who put everything on the line for the American people, gets raided by corrupt government organizations to hide blatant criminality in creating WMDs, then we must assume that we’re all next.

Contact your legislators and elected representatives, get on their social media, and demand that they take action to protect your rights and demand justice and accountability from the federal government.  Make the voice of We The People heard!

Or else we may never be able to speak the truth again.